Looking at data from its platform, Hired found that tech jobs in the UK have a 2.8% gap in the wage offered to male candidates as opposed to female candidates, compared with 2.4% in Canada, and 1.6% in the US.

The firm also found that although women account for 19% of the potential candidate pool for tech positions, only 16.8% received interview requests.

“Even though employers are more likely now than ever to consider women during the hiring process and to give equitable salary offers, women are still underrepresented overall and less likely to receive an interview compared to men.”

A lack of diversity in the UK’s tech sector has been a longstanding issue – recent research by the BCS found that women accounted for 17% of IT specialists in the UK, and around 8% of IT specialists are of Indian ethnicity, 2% from a black, African, Caribbean or black British background, and 2% from a Pakistani or Bangladeshi background.

There is also a significant pay gap for many of these underrepresented groups, usually because white men are more likely to reach higher paid positions in an organisation – in 2016, a study found that women in the UK technology industry make on average 9% less than their male counterparts, despite there being no obvious reason for the gap.

These issues have been exacerbated by the coronavirus pandemic, where women were disproportionately affected as a result of the types of roles they had, the nature of the industries that more heavily employ women, and – in many cases – women shouldering the burden of care for children and the elderly.

The pay gap between men and women in tech varies due to a variety of factors, including role, region and ethnic background.

When it comes to tech roles, female product managers are actually more likely to be offered slightly more than male counterparts in the US and Canada, or the same in the UK, whereas females in DevOps in the UK are offered around 7.5% less than their male counterparts.

The gap in the UK is smaller when it comes to data analytics, with women offered 1.5% less than men. In Canada, women are offered around 5.4% more than men in the same role.

In 2018, people from a black background in tech were offered 4.3% less than their white counterparts for tech roles – in 2021, the wage gap for this group had reduced to 1.8%.

The wage gap has also been closing for people from Hispanic backgrounds, who in 2018 were offered 2.9% less than their white counterparts, compared with 0.4% less in 2021.

In 2021, people from an Asian background were actually likely to be offered 0.4% more than their white counterparts, an improvement from 1.3% less in 2018.

When looking at both gender and ethnicity in the US in 2021, black women only made $0.92 for every $1 made by a white male counterpart, making the largest wage gap in US tech between white men and black women.

A very small wage gap also exists for LGBTQIA+ people in UK tech, with people from this group being offered a wage around 0.3% less than those who are not LGBTQIA+.

To help solve these problems, Hired recommended upskilling and cross-industry partnerships – the UK government’s Science and Technology Committee recently launched an inquiry into the lack of diversity in UK STEM, with evidence from some of its first meetings suggesting visible and accessible role models could make a difference to encouraging young people from different backgrounds into the sector. 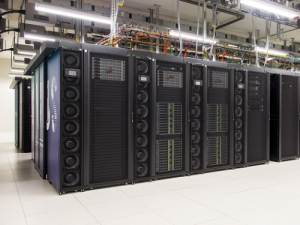