Datacentrepricing’s half-year look at the growth of the European datacentre market reinforces the rising importance of secondary datacentre hubs across the continent
There is currently more than six million square metres of equipped datacentre capacity spread across 15 of Europe’s biggest colocation and hyperscale hubs, with Frankfurt, London, Amsterdam and Paris (FLAP) accounting for just under 22% of that total.

However, the areas set to experience the most datacentre development growth in years to come are secondary hubs, located outside the core FLAP markets.

That is according to Datacentrepricing’s (DCP) latest half-year Data centre trends tracker report, which highlights how the demand and supply of server farm capacity has changed during the first six months of 2021 across 15 of Europe’s largest colocation and hyperscale hubs – Austria, Belgium, the Czech Republic, Denmark, France, Germany, Ireland, Italy, the Netherlands, Poland, Portugal, Spain, Sweden, Switzerland and the UK.

This is a trend several other datacentre-focused analyst houses have picked up on recently, as the hyperscale cloud and internet firms look to expand their datacentre presence in other European countries, while also catering to the consumer demand for locally hosted services.

“Not only is demand for new datacentre facilities set to continue to grow, but the supply of new datacentre capacity in new markets indicates that cloud and content services are set to be distributed widely across more European markets in the future as well as in the traditional FLAP cities,” said the report.

As recently detailed by Computer Weekly, demand for datacentre capacity outside the FLAP markets is also on the rise because of shortages of space and power within these hubs, which is forcing operators to consider alternative sites.

“DCP has analysed planned and announced datacentre build-outs in Europe, based on 109 projects, which amount to almost 1.5 million square metres of space, and approximately 2,250MW of power across 14 countries, excluding the Czech Republic,” said the report.

“The new datacentre projects are focused on secondary markets, notably in Portugal, Ireland, Spain, Italy and Switzerland, with the big four markets accounting for 46% of planned developments, against 54% for the secondary markets.”

Specifically, the growth in the secondary datacentre markets is being driven by the creation of large-scale campus facilities, said the DCP report, including one known as SINES 4.0 in Portugal that is on course to have 450MW of capacity on completion, which will quadruple the country’s total datacentre capacity.

For the time being at least, DCP’s data confirms that the geographical spread of datacentre capacity across Europe is unevenly distributed, with the UK, Germany, the Netherlands and France collectively accounting for 70% of the total datacentre capacity currently available across all 15 countries. 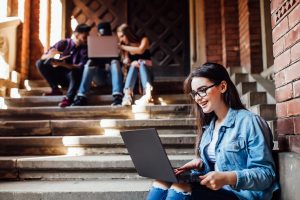